A brief outline of the current period UK Decay 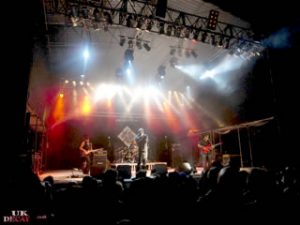 UK Decay today forge ahead with edgy and invigorating songs that raise new hope for the dead as well as hope and celebration for the living. After recording with legendary Grammy award nominated producer Chris Tsangastrides, 2013 saw the arrival of the long awaited follow up album to For Madmen Only. The single “Killer” / “Heavy Metal Jews” gave a taster for the album “New Hope For The Dead” which was released to critical acclaim in Europe and the United States.

The band were always more inclined to the matters of the heart, soaring mind and passionate spirit. But the reformed UK Decay with new drummer Ray Phillpott and guitarist Johnny G pack a real punch into the sound at the live concerts. 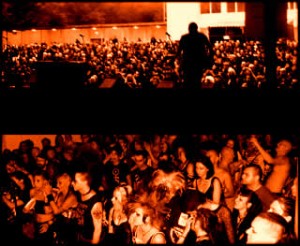 In 2009 the long awaited re-release of most of the bands back-catalogue saw the light of day, in the form of an extended re-issue of the album  “For Madmen Only”. As well as containing the complete original 1981 vinyl version of “FMMO”, this release also included the complete 1982 “Rising from the Dread” EP, both “For My Country” / “Unwind” from 1980 and “Barbarians” from 1993

It is now December 2013, since the first show with the new line up back in June 2008, UK Decay have performed twenty three concerts across UK and Europe.

Festival appearances include the Rebellion Punk Festival in Blackpool (twice 2009 – 2010), WGT in Leipzig, Drop Dead Festival in Berlin and Lisbon, DV8 in York, Bats over Milan, Road to Ruin in Rome and the Moonlight Festival in Rimini.

Mini tours include Germany (Berlin, Hamburg and Hannover) and Italy (Milan, Bologna and Rome), including three gigs in their home town of Luton. A further appearance included the Sumo in Leicester in late 2009, Helsinki, Madrid, Brighton, London 2013. 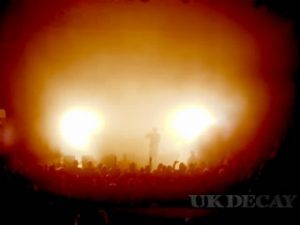 2014 will see further gigs including Whitby and a return to their home town, also with a selection of events in the planning stage for European destinations. There looks like there will be more recording projects on horizon too.

This is simply a brief outline of the band today, check out current news and notice of forthcoming dates by visiting the UK Decay Today website