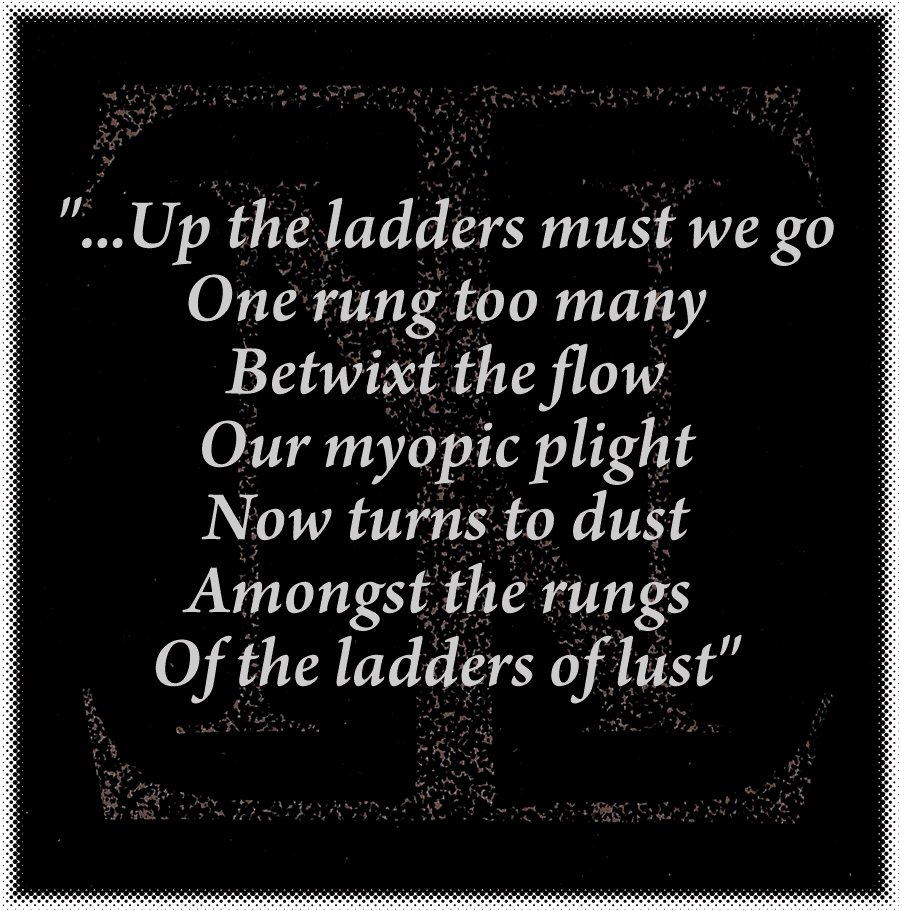 In Excelsis formed in 1983 after UK Decay and Ritual split up. Guitarist Spon asked ex-Ritual members Mark Bond and Errol Blythe to start a new band. Featuring Spon (ex-UK Decay) on guitar , Errol Blyth on vocals , Mark Bond on bass (both ex-Ritual) and Roxy on drums.

The band released three 12″s during their existence, Carnival Of Damocles E.P., Ladders Of Lust and Creeps In The Trees.

The ‘Prey’ album is a posthumous release containing tracks of the 12″s but most of them in a remixed form. In 1984 they recorded a John Peel Session and joined him for the broadcast. They played a small number of gigs in the UK and France before eventually folding in early 1985. 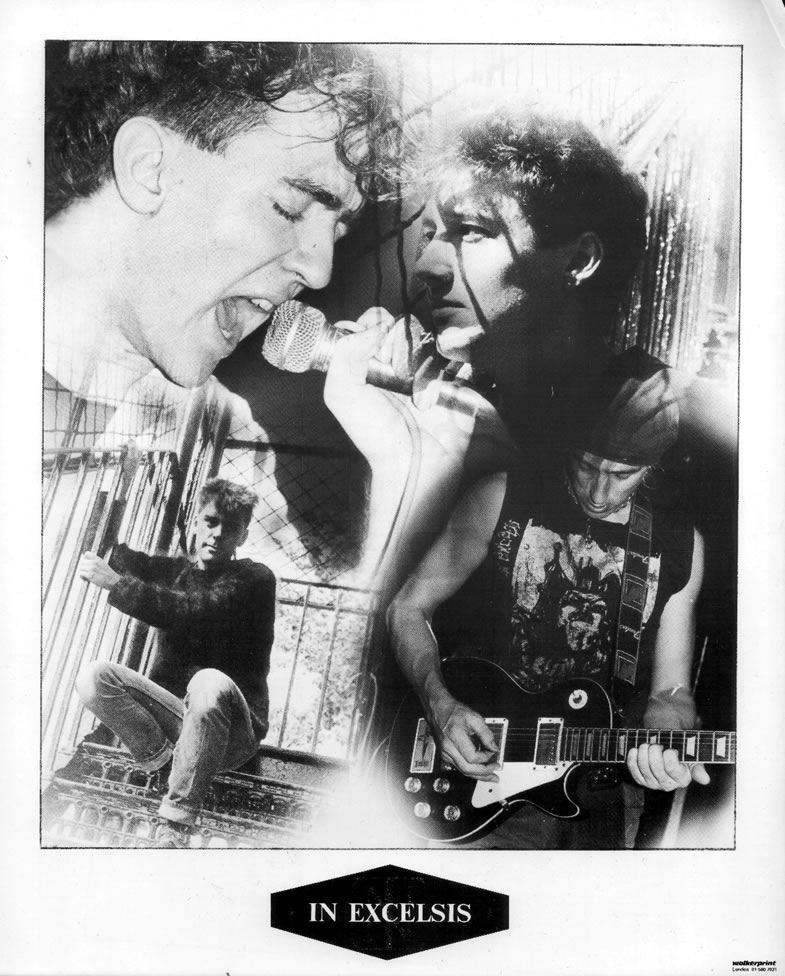 ” I contacted the ‘Ritual’ guys Mark Bond and Errol Blyth with the idea of forming a new band, they jumped at it and we quickly recruited Colin ‘Roxy’ Rocks on drums. We embarked on an intensive rehearsal schedule over the next few months with the aim of having recorded material ready and live shows by the Fall of 83. We achieved a lot of stuff in a short space of time, we struck a relationship with ‘Jungle Records’ and recorded and released the ‘Carnival of Damocles’ EP. By the end of that year, we had done several gigs including a memorable jaunt to Paris, things seemed to be going in the right direction.

Meanwhile at the same time a host of bands such as Sex Gang Children, Play Dead, Sisters of Mercy etc, all bands from our contemporary scene were breaking into the mainstream and seemed to be going from strength to strength…

The ‘Batcave’ was now gaining momentum, people were talking about it but we were too busy to go there. In retrospect I think, that was a mistake, we arrogantly wanted to ‘do it our way’ I guess I was against it in principle at first because it seemed that they were cashing in on the movement but in retrospect I realised that they were actually pioneering the ‘Club Culture’ that was to become dominant later in the 80’s. The Batcave had succeeded in adding to the ‘new movements’ reliance on the ‘Live Show’ by synthesising it into the nightclub, the new kids loved it but sadly, by 1984 In Excelsis had missed the boat…

Things started to get complicated by spring, the costs involved in running the band on a day-to-day basis were soaring, and considering we all lived so far apart. At one point we went house hunting in Harrow to try and find a house we could all live in and set up a rehearsal room. Things became slower as the money ran down and there were decisions that had to be taken that may have involved giving up our day jobs. By the end of the year we were at the point of no return, we had become demoralised it was then that Errol announced he was getting married and wanted to buy a house, that meant keeping the day job!.

We had some crazy times though Mark and Errol were still friendly with Jamie and Ray from the ‘Death Cult’, they and other guys from the Harrow and Luton ‘crew’s’ would ‘romp out’ in wild all night parties in the woods…

The early risers of ‘leafy suburban Harrow would often witness a somewhat bedraggled looking crowd making their way home after such a narcotic laden romp in the woods, we were the original ‘Creeps in the Trees’”

We reckon Spon to be a mite harsh on the band here, In Excelsis had some pretty excellent moments and were a highly innovative and thoughtful outfit with some pretty cool imagery in their artwork and in their music. 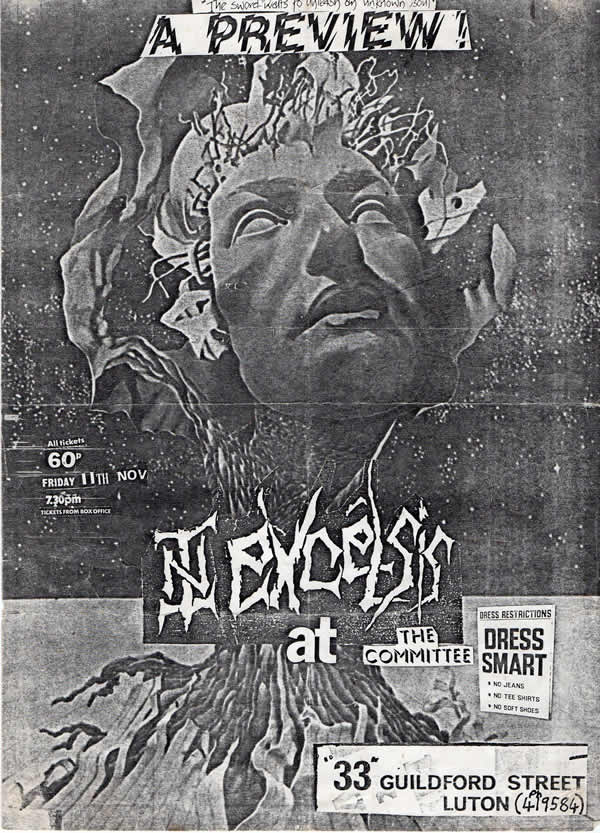