Furyo formed from the ashes of UK Decay in 1983 with Abbo- Voice, Eddie Branch-Bass & Vocals, and Steve Harle-Drums of UK Decay and Albie DeLuca -Guitar formerly from Gene Loves Jezebel 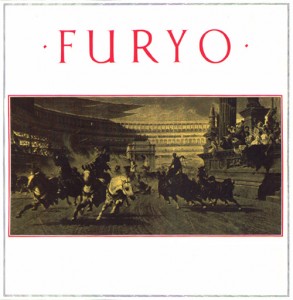 Tracks: The Gold of Our Lives / Vultures / In the Arena / Monster of a Thousand Heads/The Opera in the Air 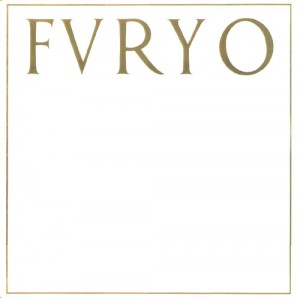 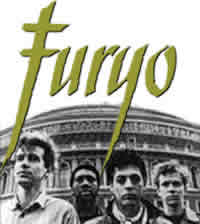 Tracks: Exodus / The Burden of Dreams / The World at War / Wakakoukou / Legacy / Ha Ha Ha / Whisper in the Wind

Notes ; this got to the test pressing stage , but was never officially released. Was later put out as a bootleg (on tape) by Grim Humour fanzine.

There is apparently a Japanese album , which I think is the 2 legitimate 12”’s compiled together. Sadly I’ve not seen one in the flesh to confirm all this.

Abbo , Steve Harle and Eddie Branch appeared on 2 compilation albums under different aliases. Albie de Luca had not joined on guitar at this point , these tracks were recorded with a guy called Patrick. Both were played at early Furyo gigs.

Meat of Youth on ‘Whip’ compilation

from “The Whip” compilation , Kamera Kam 014

The Whip is now available on Jungle Records , with the Slavedrive track now wrongly credited to UK Decay. As far as I know “Meat of Youth “ has never been re-issued. An early appearance of Furyo on CD is on the “Anagram Punk Singles” compilation , where “Legacy” sits uncomfortably alongside the likes of One Way System and Angelic Upstarts. Further FURYO on compilation CD’s here

Post-Furyo , Abbo got into the management side of the business where he remains. Eddie played in Pete Murphy’s band (live and on record) for several years. Steve was involved behind the scenes with such acts as Click Click and Faith Over Reason. Albie has made a couple of “Rave Guitar” albums and still seems to be doing his thing.