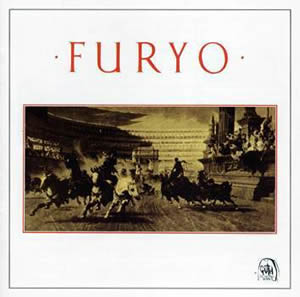 In 1983 after the demise of UK Decay, Abbo (Vocals), Eddie Branch (Bass & Vocals) and Steve Harle (Drums), rebuilt the core band eventually completing the line-up with Gene Loves Jezebel’s, Albie De Luca on Guitar. This new CD release merges the two former vinyl EP’s, the Furyo – Furyo (EP) & the Furioso (EP) into a historical first for UK Decay and the spin-offs, In Excelsis and Furyo. Apart from the odd compilation track inclusion on various CD compilation albums and of course UK Decay Communities limited releases, this is the first time that any of the three bands have had any of their formal earlier albums released on CD. 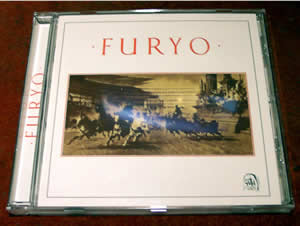 In the words of Paul Rabjohn..

Yes , finally , those guys at Cherry Red have raided the vaults and put out a Furyo CD. Released on 23rd July , it’s great to see an “official” release of some of the post-UK Decay material for the first time.

So, what have Cherry Red come up with? Well, it’s a lovely package using the cover art of the mini-LP , with great sleeve-notes and some fabulous rare photos.

Sadly its just the 9 tracks from the 2 1984 releases and no bonus material ; plenty of other stuff exists but the label couldn’t get anyone from the band to agree to including it. Such a shame , as the unreleased album would have rounded off this package beautifully. Still, mustn’t complain too much as it’s still a great release.

First thing to say is that the CD sounds great. Apparently it’s mastered from vinyl as the original tapes have degraded , but full credit to whoever transferred it to CD as it sounds wonderful to my ears. 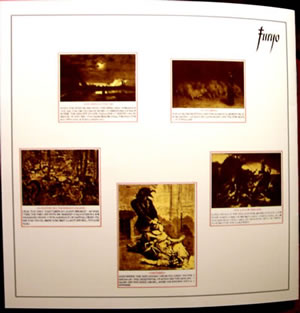 The acoustic tracks like the opening “Gold of Our Lives” are crystal clear compared to my scratchy old vinyl. I can still recall being extremely surprised (concerned?) when I first heard this back in 83, even though I’d seen the band live I wasn’t quite expecting something so…….gentle on the record. But it’s a great opener as the rhythm section join in halfway through and the song steps up a gear , setting up the album perfectly. It still doesn’t really sound like anything else ; it is “Gothic” I guess , but really not “Goth” as most people would know it.

The second track is the “difficult” one, 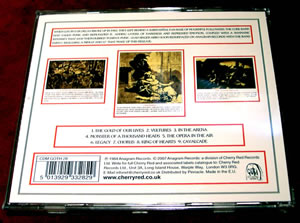 “Vultures” is very slow and has big sections of unaccompanied vocals together with some “challenging” lyrics. Remembering this was written maybe 3 years after “For My Country” , it was a big , big step for some UK Decay fans to get to grips with. It’s still probably my least favourite Furyo track , it’s not “bad” but I think they moved on to much better material than this. Next up is “Into the Arena”, another more uptempo track which is a big improvement. Like most of the album , the lyrics are all about the joys and frustrations of performance.

Next up come the 2 tracks which formed the second side of the original mini-LP , the slow and brooding “Monster of 1000 Heads” leading into the climax of “The Opera in the Air” . This medley worked really well live, “Opera” being definitely the most commercial track on the original release. I guess Abbo was aiming at some sort of updated Berlin cabaret , Brecht-for-the-80’s maybe , and by the end of the mini-LP you started to see his point. 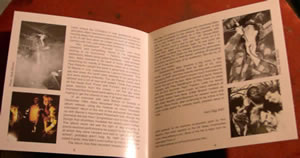 The second EP (“Furioso”) was released 6 months later and the 4 tracks from it form the second half of the new CD. It was a much more commercial , “brighter” release and seemed to be much better received. The lead track “Legacy” is quite close to a commercial single , and still sounds excellent. “Chorus” is an extended coda to it , massed Albie vocals forming an unheavenly choir. Just when you wonder if Furyo were going to maybe be a rock band again , up comes “King of Hearts” which is like an updated take on “Greensleeves” with Albie getting out what sounds like a madrigal. Again , you can just imagine the reaction from the Oi-boys. But then the best track comes last, as Steve Harle lets rip on the fabulous “Cavalcade”, all Spaghetti Western guitars and a wonderful Abbo vocal. Great stuff , which hints at how good they could be live. 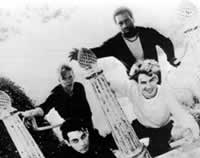 Respect to Cherry Red for doing a really good job of this re-issue , they’ve put a lot of work into this (including big efforts to get hold of the unreleased album , which came to nothing). Hopefully it sells well and maybe they’ll get their heads round some more UK Decay related releases , it’s lovely to see stuff like this back on the shelves. Have a look at this link if you’re interested in buying one from their website.