…sitting round a table in Luton, three people were discussing the idea of setting up an official UK Decay website. There were lots of ‘ifs and buts’ as well as the usual debates about style and content, but the consensus was that it had to be done!

We were aware of a huge amount of UK Decay chatter from various websites all over the globe so we immediately snapped up the domain. We thought it was about time we made our own voice heard again.

We are indebted to Mark Splatters ‘Deathrock.com presents UK Decay’

for inspiring us to get this project off the ground. Mark’s Deathrock UK Decay site had been online for a few years and helped bring the spirit of Decay to a new web-savvy generation.

Further searches revealed that many of UK Decays co-patriot bands such as Bauhaus, Theatre of Hate, Killing Joke, Joy Division etc. had all got their own fully integrated and updated websites. The time was right for a website that would act as official presence for the band. 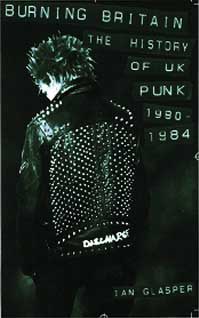 We are the official site for UK Decay and their community

UK Decay were much more than a band, “The band were nothing without their community” says Steve Spon. This website has always reflected just that. It was a community that grew with the band ethos of an exciting new spirit that shaped and moulded a whole generation.

After six years of UK Decay Communities, there are now thousands of pictures of not just the band, but of the post-punk community that were involved in the early scene. There are also features and pictures of scores of bands that co-existed in the now re-named Beds, Bucks and Herts area of the UK. UKDK had a policy of giving a ‘helping hand’ to others, a policy that this website would like to continue.

Twenty-six years later in June 2008 with the addition of new drummer Ray Phillpott, the band reunited. The ‘new’ UK Decay went on to perform at the UK Decay Communities Reunion III, followed by the 2008 Drop Dead Festival VI. In 2009, ‘UKDK’ toured Italy and appeared at the WGT and Rebellion Festivals.They plan further shows in 2010 including a German tour in April and a return to the Rebellion Festival in August. Last year (2009) also saw the re-release of the back catolouge on a new CD called ‘For Madmen Only 2010.’ 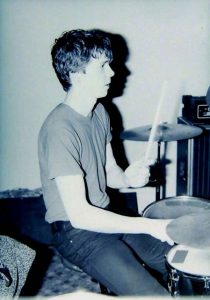 Sadly, UK Decay founding member and drummer Steven David Harle, passed away in India in 1995. He is no longer here to tell his tale, or to play his thundering rhythms. This website will act as a memorial for Steve and others, who are much loved and profoundly missed !

‘Gothic Rock’ 2010 by Mick Mercer: Author’s edition, This and much more UK Decay in print are available from Mick Mercer.com