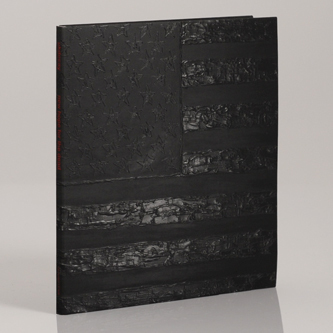 New Hope For The Dead is available in CD, Vinyl and Download formats.

For the first pressing the Vinyl is available as a special limited edition with a revolutionary new printing technique complete with lyric sheet inner.  The cover is treated with an “oil painting varnish” finish which gives a real textured feel to the sleeve replicating artist Franko B’s striking paintings. This print effect is a world first for a album cover. The vinyl is moderately heavy and of high quality and the sound is mastered loud and crisp.

The CD cover utilises the same revolutionary new printing technique and comes with a deluxe CD booklet. Both packages look, feel and sound stunning and will stand out visually and sonically in any record or CD collection

Furthermore a limited amount of the earlier CD and Vinyl copies will be personally signed by the band!

Dave Jennings at Louder Than War

With one crashing blow, UK Decay have rewritten the rules of engagement for supposed ‘comeback’ albums and redefined the term ‘Punk’ for the modern age. Make no mistake about it, this is no sentimental rehash of a sound from over 30 years ago, this is a seismic explosion of anger unleashed in a sound that emanates from both Heaven and Hell depending on your current stand-point…more

Order CD or Vinyl through our store.

This album was made with the support of those that pledged.