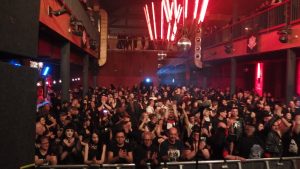 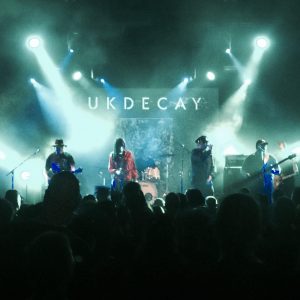 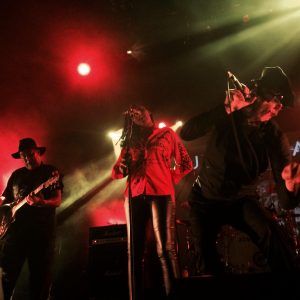 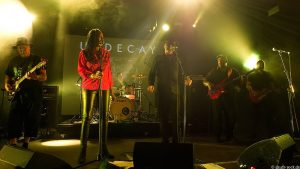 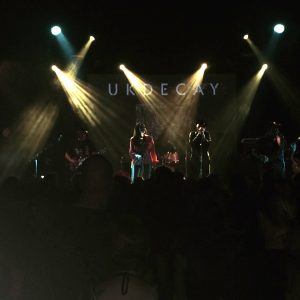 Big thanks to Oliver Krapp for the video’s

WE ARE HEADLINING A NIGHT AT THE LARGEST GOTH DARK WAVE FESTIVAL IN EUROPE!! UK Decay will headline Wave – Gotik Festival in Leipzig on Friday 7th June. The band gave one of their best live performances at this very … Continue reading →

UK Decay are back to celebrate their fortieth anniversary UPDATE: For those seeking news of UK Decay shows……….It now seems we may have to plan our UK gigs for later in the year. The shows we have confirmed are Wave … Continue reading →

Steve Spon was featured recently in an Anglia TV special marking 40 years since the punk movement. This two part mini documentary series is about punk in the Eastern Counties and is hosted by Anglia TV’s Matt Hudson who was … Continue reading →

With Abbo and Spon…. Abbo and I will be at Luton’s Hat Factory Art’s and Media Centre on Friday 25th November to talk about Punk in the Luton area back in the late seventies. This is part of the “40 … Continue reading →

Who wants to stay today and see the UK Decay….

Tenderness and Rage After the recent hiatus in the bands live appearances both Steve ‘Abbo’ Abbott and guitarist Steve Spon will be taking part in the 40 years of punk celebrations later in the year. Further details to be announced … Continue reading →

Sat 7 May, Russ CrimeWave performs UK Decay lyrics in front of Luton Town Hall. There wasn’t exactly a crowd but a series of puzzled onlookers who thought they were watching a priest or some sort of crazed politician. The … Continue reading →

“Terror and Wonder: The Gothic Imagination” British Library until 20th January A giant size poster of the seminal Sounds article “The Face Of Punk Gothique” and The Black 45  appears at the British Library, both shown as exhibit’s in the … Continue reading →

Here is an update for the Wonderful Town Project. £5759.83 has been raised so far to SoLYD and Lutonfoodbank To date over 850 physical copies and over 1000 downloads have been sold to Hatters and Decay fans throughout the UK and … Continue reading →

Some of you may be wondering who is the new guitarist that has recently replaced ‘Johnny G’ who departed earlier this year. Justin “Justinhio” Saban has made appearances at the recent ‘Scum’  and ‘Rebellion’ Festival’s in the UK. Passport issues … Continue reading →

Follow the below link to view the Rock Palast interview with Abbo and UK Decay at the recent Wave Gotic Treffen Festival in Leipzig. Rock Palast Germany WGT 23 2014