This edition is strictly limited to 50! First come first served!

SALE! Now only £8.99 including free shipping to the UK and reduced shipping price’s elsewhere 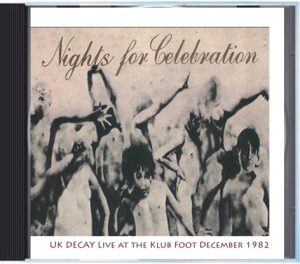 Nights Of Celebration was originally released in 2004 and limited to some 100 copies for UK Decay Forum members. Now a some 13 years later in 2017 owing to popular demand we have sanctioned another limited edition run of a further fifty

“This album-length cassette catches their very last performanceat the Klub Foot where they promised, “it may be sad, but the best is yet to come.”The whole gig’s here and apart from the disorientating effect that onstage echo has on my 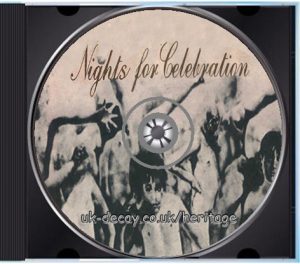